The Supporter Spotlight series is an opportunity to highlight members of the motocross and racing communities who don’t always necessarily get the recognition they deserve. But we all know that it’s the team of supporters that put the riders in the limelight, and without them, racing wouldn’t be the same. For this segment, I had the chance to catch up with Colton Udall of Ox Motorsports who is a unique feature in this series because he plays duel roles of champion rider as well as supporter extraordinaire. Colton Udall, multi-time Baja 1000 champion, is not only one of the toughest and most talented off-road racers in the country; he also wears the hat of mechanic, manager, and team owner of his team, Ox Motorsports. He’s passionate, not only about racing, but about winning and maintains a “whatever it takes” attitude to lead his team to victory time and time again. Colton has built a world-class team from the ground up with co-owner and fellow team rider, Mark Samuels. Ox Motorsports currently holds championship titles in the AMA Big 6 District 36 Grand Prix series as well as the world-famous Score International Baja series. 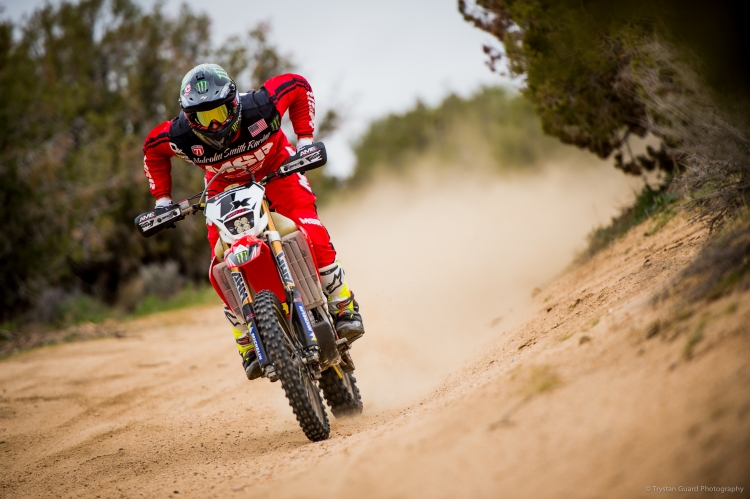 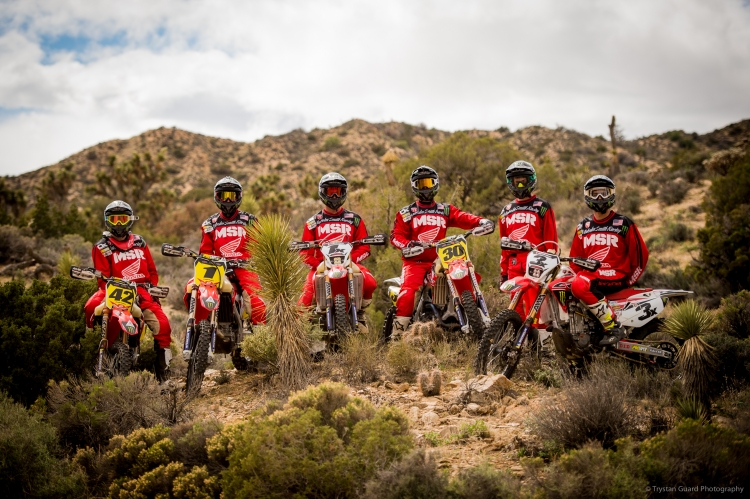 You’ve seen many years of success in Baja as both a racer and now team owner. What do you find to be the most challenging part of wearing both the rider and owner hats?

I started out racing for JCR Honda as a mechanic and racer, my job was to build my WORCS and Baja race bikes and also go racing. I eventually worked my way through the ranks on the team and was a full time paid racer. Wow, those days were awesome! These days are amazing too, but with plenty more stress. I really enjoy pre-running and racing a lot more because it is such a difficult task of preparation before a Baja event. Setting up pits and logistics, building race bikes, prepping pre runners and vans while also providing advice to the younger racers on the team. Thankfully, I have Mark to split some of that workload and I’d say we are just getting the hang of it. The most challenging part is turning my brain to race mode and not stressing about the rest of team.

Ox Motorsports was born out of necessity after your long-time team, JCR Honda, decided to move away from desert racing and over to the GNCC circuit. In a few short years you’ve built a world-class team from the ground up, including gaining support from big name sponsors like Monster Energy and Factory Honda. What would you say is your biggest accomplishment since starting Ox Motorsports?

Our Biggest accomplishment as a team is putting a solid race year together and earning the SCORE Baja 1x Championship, Big 6 Championship, and also winning the 24 Hours of Glen Helen in 2015. We try our best to run a professional race team and it’s awesome to have support from all our sponsors.

You’ve grown your team from you and Mark, to quite the arsenal of many more talented off-road racers. Who do you currently have on the roster? And how did you go about selecting the other riders to represent the Ox Motorsports brand?

The whole goal is to have fun and chase our dreams but we also want to build off-road racing and that’s tough to do. The racers besides Mark {@slamuels130} and I {@coltonudall} are Justin Jones {@jbones42}, Ray Dal Soglio {@raydalsoglio), Nic Garvin {@nicgarvin949} and Ian Young {@ianyounng}. Each rider has a different level of support, but also offers a unique opportunity for the team.

You’ve got quite an impressive resume of accomplishments under the Ox Motorsports banner. What makes Ox Motorsports the standout team in the off-road world?

Well, I don’t consider Ox Motorsports the standout team in off-road yet. But we would like to be there in the future. I think we need to be racing the Dakar Rally and a few more tough series on the west coast. When we are “the team”, it will be due to complete dedication and perseverance from all team members and setting our goals high!

As a team owner, you are responsible for managing sponsorships, leading your team, and showing the world what Ox Motorsports has to offer. How do you balance the owner hat with your own training schedule, making sure that you are also race ready when the gate drops?

More often than I’d like, our training gets put aside, so sometimes we struggle in the smaller sprint type races. Also, I am very dedicated in this team and choose to be selfish in certain aspects of life.

Knowing you’re the kind of guy who isn’t satisfied with anything but your best effort, what goals do you have for your Ox Motorsports team moving forward?

We simply want to make our sponsors happy and win races and championships. Also, Id like to step away from building bikes, so building more internal revenue to support more team members will help in the big picture. I also have a personal goal of racing and winning the Baja 1000 solo, which will also include racing my own teammates.

If you could race any race in the world, which race would it be and why?

Being a team owner while maintaining your status as a top racer takes tons of hard work, dedication, and countless hours on and off the bike. You are nothing short of impressive and I look forward to seeing the Ox Motorsports legacy continue to grow for many years to come. Congratulations on your accomplishments and thanks for taking the time to chat with Freestyle Photocross.

We’ll see you at the races!