From RCH to JGR: An Interview with Justin Bogle

Former 250SX Eastern Region Champion, Justin Bogle, has had his share of ups and downs during his adjustment to the Premier Class. Like so many riders who make the jump to the 450s, there is an adjustment period that sets in – adjusting to a new bike, new competitors, and even a longer season in the case of Supercross. For some, the transition is almost seamless, but for others, there is a bit more time that elapses before the rider regains his stride. The #19 of Justin Bogle has been steadily on the rise since he made the jump, even securing his first Pro Motocross moto win and first Pro Motocross overall win during the 2017 season. With a great group in his corner and a new season with a new team on the horizon, we should expect the triumphant rise of Bogle to continue as he secures his place as a true contender in the 2018 season. I had the chance to catch up with Justin to hear his thoughts on his new bike, new team, and what it’s like training with the GOAT, Ricky Carmichael. 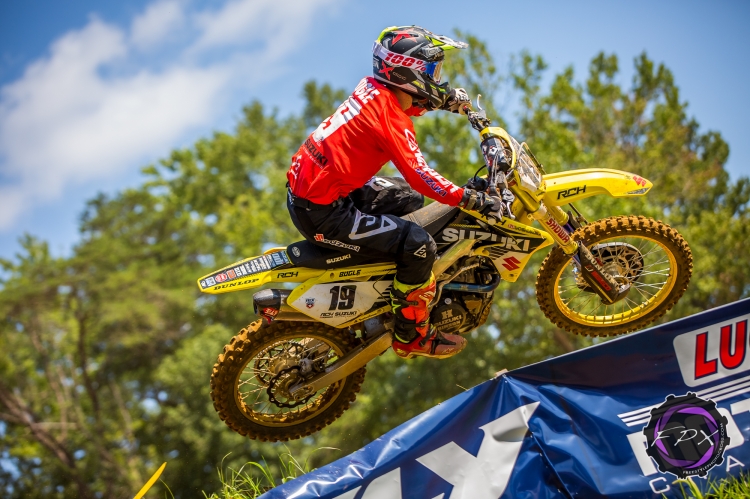 Freestyle Photocross (FPX): To start things off, how’s the off-season treating you?

Justin Bogle: The off-season has been good. I took a little time off, went home, and saw the family – which I don’t get to do often.

FPX: Weather has obviously been the hot topic of conversation this past month with Hurricane Irma affecting nearly all of Florida in some way or another. How did things fair for you? Everything safe and sound?

Bogle: We got lucky where we are living in Florida; we didn’t have any damage. It was a wild situation for a bit and just very thankful we came out of it without any issues. Not everyone in Florida got as lucky, so we were very fortunate. 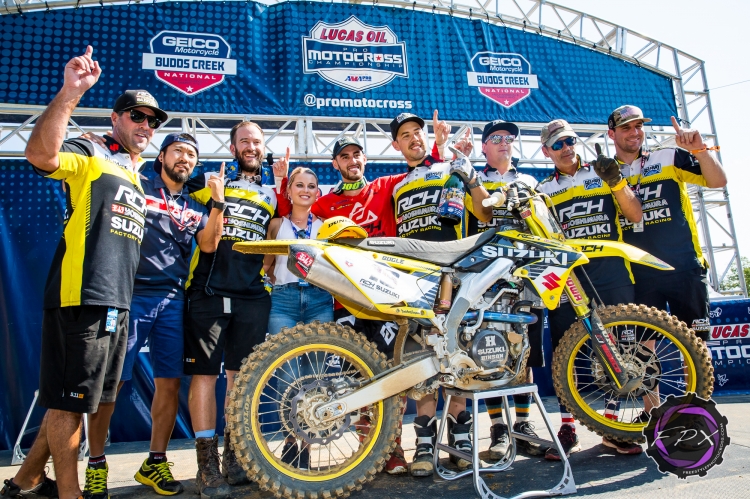 With RCH Racing Closing up shop at the end of the 2017 Lucas Oil Pro Motocross Season, there was a brief moment of uncertainty before Bogle inked a deal with the newly named Autotrader/Yoshimura Suzuki Factory Racing Team for 2018

FPX: It had to be stressful hearing that RCH would be closing up shop at the end of the 2017 season. At any point between the news of RCH closing and you signing with the newly named Autotrader/Yoshimura/Suzuki Factory Racing Team did you worry that you might head into 2018 without a ride? What was the plan if a contract wasn’t on the table?

Bogle: There’s always some stress that comes with not having a deal and I was very confident and comfortable with the crew we had this year. But it’s business and change happens. I have a great agent, Jimmy Button, who had been working to get a deal in place and I was confident in him. Luckily we didn’t get to the point of having to really get a “Plan B”. This is the first year since I was on a 250 that I had my deal done before the off-season, which will be a big help for SX (Supercross) preparation.

FPX: When did the talks with JGR begin and how did everything fall into place?

Bogle: We had obviously been talking and trying to get something lined up, but at the end of the outdoor season things started to come together.

FPX: I’m sure it’s a relief to have a contract in place going into 2018. How long is your contract with Autotrader/Yoshimura/Suzuki Factory Racing?

Bogle: I have a 1-year deal, which is never ideal, but I’m confident in my program with Ricky and Jeannie Carmichael, my trainer Cory, and everyone in my corner. I finally am getting my stuff figured out and I think that showed towards the end of the summer, at least a little bit. If I go do my job I won’t have to worry about it, so I’ll just keep working. 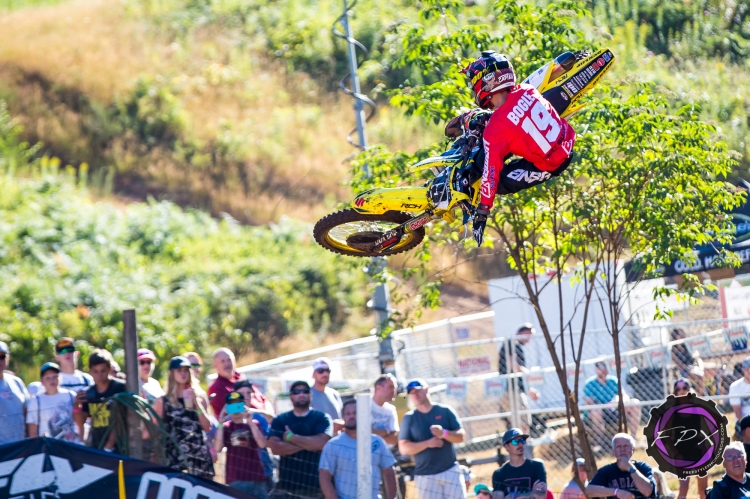 No matter what team he rides for, the fans are guaranteed to see some of Justin Bogle’s signature style on the track.

FPX: You’ve worked with Grant Hutcheson as your mechanic for most of your career. Will he be joining you at JGR?

Bogle: He will not be joining me at JGR. Hutch (Grant Hutcheson) is like family to me and was my first and only mechanic up until this point, so it will be different. But I know he will end up somewhere with a good job because he’s a great mechanic and a great dude too.

Bogle: It’s a pretty different motorcycle so it will take some time to get it all figured out – which is normal for a new bike, but so far so good. Suzuki always has a great bike and I’m very confident we will have it dialed come January.

FPX: I imagine that it will be a fairly easy transition moving from one Factory Suzuki effort to another. What are you most looking forward to with the new team?

Bogle: It’s about the easiest transition as far as changing teams goes since I’m staying on a Suzuki and I know most of the JGR guys already. I’m excited to be where I’m at right now. The team is located on the east coast, which is easy for me, and they have a great facility to get things accomplished.

With a great group of people in his corner, we can expect Justin Bogle to continue to rise as a real contender in 2018

FPX: Late in the season, you began training with Ricky Carmichael at the GOAT Farm, which proved to be hugely beneficial. How will joining the new JGR Factory effort change or affect your training? Will you need to relocate or will you continue training at the GOAT Farm?

Bogle: Changing teams won’t affect my training. I believe in what I’m doing on and off the bike and I love having the people in my corner that I have. They’ve been there more than anyone, so it’s awesome to have that advice and perspective.

FPX: You’ve put in a ton of work this year, with results to back it up during the Pro Motocross season. How do you think making the move to Autotrader/Yoshimura/Suzuki Factory Racing will further aide in your success? What goals do you have for yourself for the upcoming season?

Bogle: I had a few weekends that were good, but the positive thing is we have a lot of room to get better still. With a solid off-season, I’m excited to see where I can be – which I fully believe is up front and challenging for podiums and wins.

Big thank you to the Autotrader/Yoshimura Suzuki Factory Racing Team and all the guys at JGR for the opportunity and the support to go out and get the job done. RC and Jeannie at the GOAT Farm, my trainer Cory, Jimmy Button (agent), and my family and my girlfriend for following me around and helping with basically everything. I’ve got a good crew around me and that’s necessary to get when I want to be. PAK X EMH