It may only be week two in the 2018 Monster Energy AMA Supecross, an FIM World Championship season, but it’s already off to a wild ride. The series made the trek from Anaheim, CA to to Houston, TX to set up shop for the weekend at NRG Stadium, home of the Houston Texans. After an eventful opener that left some top contenders in a less than ideal position, fans were excited to see how the points standings would shake up this week.

The 250 class saw some close battles from Heat Races to the Main Event. Shane McElrath held the points lead coming into Round 2, but he wouldn’t hold it for long. During an epic Main Event, the #23 of Aaron Plessinger made an impressive charge from practically dead last after the first turn, to race winner. For one of the first times in his professional career, Aaron Plessinger will carry the red plates into Round 3 when we travel back to Anaheim this weekend.

In the 450 class, both the #15 of Dean Wilson and the #3 of Eli Tomac suffered shoulder injuries at Anaheim 1 – Wilson in his heat, and Tomac during the Main Event. Both riders worked diligently throughout the week to improve their strength and hopefully line up in Houston. Wilson rode press day on Friday and determined his shoulder wouldn’t be able to withstand race conditions, counting him out for Round 2. Tomac lined up during qualifying practice on Saturday, but was way off pace from his competitors. His shoulder didn’t even allow him to lay down a hot lap, let alone withstand a 20 minute + one lap Main Event, counting him out in Houston as well. To make matters worse (or perhaps better in the eyes of the competition), Marvin Musquin was the third rider to added to be plagued with a shoulder injury before the gate even dropped on Round 2 of racing. Musquin qualified in 3rd and then an unfortunate mistake left the current points leader with a popped out shoulder in his heat race, counting him out of racing as well. With the 450 class missing some of its top competitors for the Night Show, it was bound to be an eventful and surprising night of racing.

Here’s 50 images from Houston SX to tell the story of how the evening unfolded. 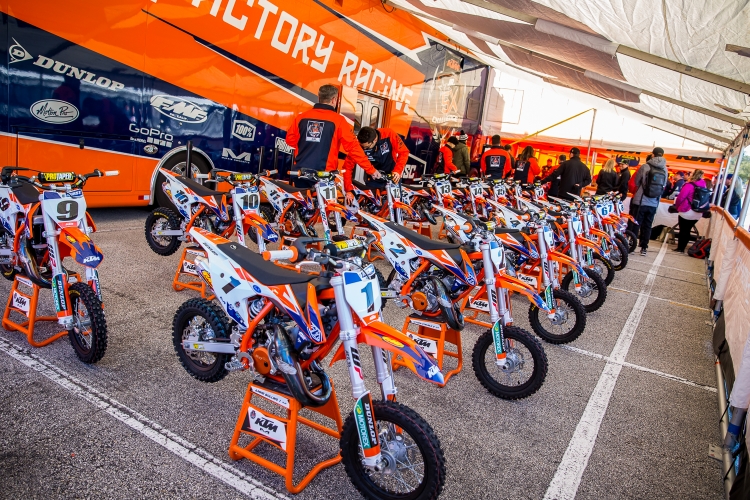