Welcome to the NEW Freestyle Photocross

Welcome to the all new Freestyle Photocross website. Thanks for stopping by! 2015 was a year for the record books, and 2016 is going to be even more exciting. As I reflect on my first year as a professional motocross photographer and gear up for the 2016 season, here are my Top 5 favorite moments from 2015 {in no particular order}.

Reconnecting with Tyler Orton {the person who introduced me to moto when I was 14} at Phoenix Supercross 2015… nearly 13 years after I moved away from Arizona. Without Tyler, I wouldn’t be where I am today. The introduction to Supercross so many years ago left an impact that would ultimately influence my career ventures in ways I never would have expected. 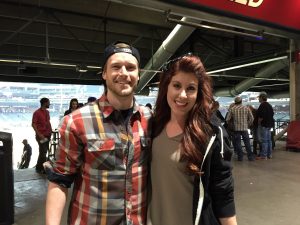 Meeting my long-time moto hero, Chad Reed at Anaheim 3. When Tyler first introduced me to motocross and supercross so many years ago, there was this new-to-the-US rider named Chad Reed, whom I instantly put at the top of my “favorites” list. After all, I was 14… and Chad is a good lookin’ Australian fella, what do you expect? But over the years, what kept him at the top of the list is his heart and passion for the sport. I’ve watched him triumph and become a champion many times over. And like so many, I’ve also seen the industry give him a hell of a time and yet, time and time again, he perseveres. Seeing someone like Chad forge his own path and dream BIG has been so inspiring to me over the years. We may not know each other personally, but he has certainly helped me grown into the photographer I am today. Because of Chad Reed, I continue to “dream BIG”, also forging my own path where most would call it “impossible”. 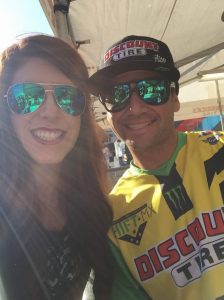 My first race as a credentialed media photographer at the 47th Annual Hangtown Motocross Classic when I shot for Dirt Diggers Motorcycle Club. After spending years as a spectator at Hangtown longing to be one of those photographers in the blue media vests, 2015 allowed me the opportunity to check in at the “Industry” tent for the very first time. I received an infield credential and my very own vest. Getting to work alongside so many brilliantly talented photographers like Simon Cudby, Mike Emery, and Ryne Swanberg was both nerve wracking and incredible. It may have only been my first credentialed race, but for the first time in a long time, I felt like I was exactly where I belonged. 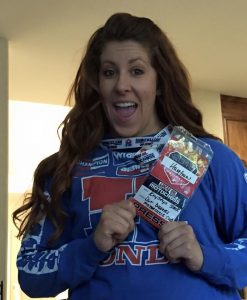 Getting my first dirt bike and learning to ride with my dad. I may be late to the scene starting at 28, but having the chance to ride with my dad will always be a special memory. As you can see from the look on my face, pure unadulterated joy is the only emotion I felt the day I got my bike. Sadly, I lost my dad unexpectedly this July. But that makes this memory even more special to me. We got to spend four months together as a “moto family” riding the local tracks and trails.

Finally, making awesome new friends to shoot with and joining the CalMX team as a Staff Photographer and Writer.

Never would I have imagined that in one year I would have started my own business as Freestyle Photocross, shot for my first pro national, met and worked with some of the top photographers in the industry, and built a brand that people are starting to recognize.

2015 was humbling, exciting, and inspiring. I had the chance to work so many different races, meet some of the top photographers in the industry, and get to know many of the riders in the Northern California. But none of this would have been possible without all of your support. Thank you for sticking by me and I can’t wait to see where this journey takes me in 2016! I’ll see you at the races!