From Anaheim to Houston and back to Anaheim, the Monster Energy AMA Supercross, an FIM World Championship series has already traveled thousands of miles across the United States. For the second time this season, riders were once again treated to a sold out stadium – overflowing with the most electrifying energy and enthusiasm. I’ve always wondered if athlete’s operate in the same way that performers do – do they have a better race when the fan energy is elevated?

The Triple Crown was something new for the riders and something new for the fans and both seemed to enjoy the change up. During qualifying, less than 2 seconds separated the fastest qualifier and the 18th place qualifier in the 450 class. Racing was incredibly close all evening, which made for some great battles and a great show for the sold out stadium. Three Main Events meant three separate podiums and an overall podium. It was a bit chaotic to keep up with, but was still plenty entertaining.

If pictures are worth a thousand words, here’s 50,000 words worth of photos that were captured at Anaheim 2. The Nifty Fifty, as captured by Krystyn of Freestyle Photocross during Round 3 of Monster Energy Supercross. New galleries are posted every week, so make sure you’re following along here as well as on our social channels! 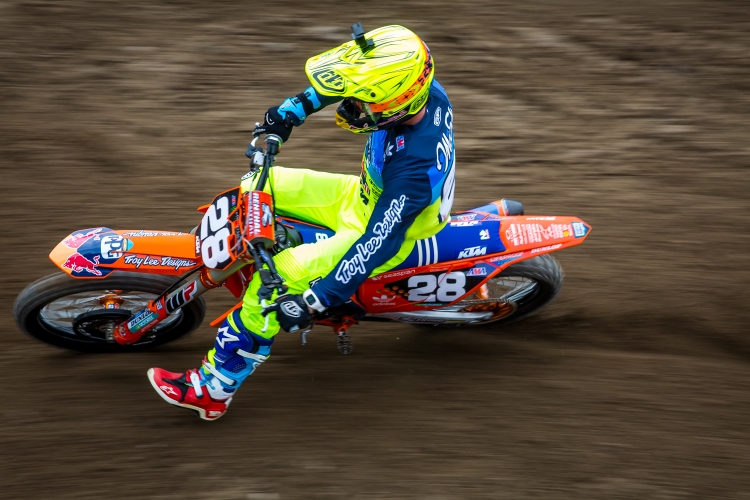