So much of what makes Supercross “Supercross”, is the extensive work that happens outside of those who are racing – the behind-the-scenes work that makes the Night Show something worth showing up for. It is our supporters: the fans, the mechanics, the families, the photographers, the track crews, the drivers, the sponsors, and even the TV broadcasters who work tirelessly to put together an experience that keeps fans coming back year after year. Of course, we come to see the premier athletes in the sport, but without our vast network of supporters, the experience wouldn’t be anything close to the same. 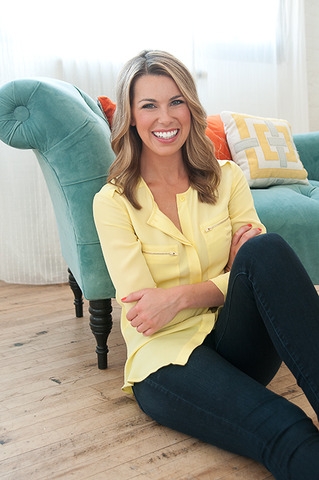 I had the opportunity to meet up with Fox Sports 1 Pit Reporter, Jenny Taft at Anaheim 1. Jenny is entering her third season as the face of Supercross for Fox Sports 1 and is ready to report on all the action for 2016 – a perfect person to feature in my first “Supporter Spotlight” segment. Here’s what she had to say about the current Supercross season.

Now entering your third season as a Supercross correspondent, what impresses you most about this sport? And what keeps you coming back year after year?

It’s funny too, because I truly didn’t know what I was getting into when I got offered the job. I was excited about it and I knew, like I followed it kind of as a distant fan. My brother loved Ricky Carmichael, so we had posters in our house, so I knew of him and I knew of racing. But in Minnesota, it’s a little bit more unique. A lot of people are playing hockey and are not on a dirt bike. Which is why I think Dungey’s story is so fun. I just think it’s such an amazing sport. I love that three years later, I’ve gotten to know the guys and teams and families and I love that Supercross is accessible, but it’s also some of the hardest working athletes I’ve ever seen.

I cover soccer, I cover football. It depends what sport. A lot of varieties. But I think supercross; the fitness level is always what blows me away. Not only the hard work that goes into it… they’re in shape. They’re grinding away. There is no off-season.

In a previous interview for BU Lacrosse, you mentioned that your dad has always instilled in you to be a nice person and respect people and to say “thank you” to all crew members – to all off the people supporting the show, rather than just the stars of it. With this “Supporter Spotlight” series, I’m looking to showcase what makes Supercross such an incredible fan experience as a whole, including the “behind the scenes” team that helps paint the bigger picture, because it’s so much more than the riders. You embody exactly what the “Supporter Spotlight” is intended to highlight.

When I auditioned at Fox Sports 1 in July 2013, it was a five-minute audition and I had to read highlights. I was like “Oh well. It was a trip to CA. We’ll see.” I went around the control room and I thanked everyone in the control room. But that, to me, is very normal. You would just say “thanks for your time”, because you all helped me audition. The guy who ended up hiring me said, “I’ve never seen that before and it really stood out.” That is so bizarre, because it’s just saying “thanks”. I try to treat people nice and I think it comes from my dad and just like the person he is. But it’s a lot easier to be nice to people than difficult. And that’s when being a reporter, sometimes you have to ask the hard questions, but what is cool about Supercross, or in any sport, when there is a trust, at least they know I’m not going to throw them under a bus. But if there is a question that needs to be asked, I think they understand I’m going to ask it. It’s my third year and it’s really nice that I’ve had the time to build those relationships.

What would you say you are looking forward to or are most excited about this year? I know the 450 class is especially stacked in a way it hasn’t been in a few years, including the return of James Stewart.

I think Dungey was unbelievable last year. He’s this guy that has this interesting reputation. He doesn’t have the flair in his racing and is kind of a safe guy. Doesn’t ride on the edge. But for him, being consistent IS the edge and he won a championship. He had an insane year last year so I think if he can come out and just continue doing what he’s doing – it’s changing the sport. Maybe you don’t have to win every night? But you have to stay safe every night, and that’s really cool to me. I think Ken Roczen is going to be fun because he’s changed trainers; he’s got a good mentality going. Mental toughness, I think that’s going to be unique. I think just having James Stewart back is fun because you’ve got to have that energy. I’ve gotten to know him pretty well, and I don’t know where he’ll be at, fitness-wise, but I know he’s ready to race. He said that the year off was kind of a blessing in disguise for him. And there is always someone new. Like Weston Peick last year, getting on the podium in the last few races. We don’t know what we’re going to see and that’s why A1 is always so fun because you’re like “oh, who’s going to come to the show?” It makes my job fun.

What is your favorite part about being the Supercross correspondent for Fox Sports 1?

I think truly, my favorite thing about being the Pit Reporter is the access. I love that I can just hop into someone’s rig and if I need to talk to Ryan Dungey’s dad, I can go say hi or check in. He’ll offer to make me chicken every night. I still haven’t eaten his chicken, but it’s the family camaraderie. When I’ve covered College Football, there is access to the athletes; it’s not the same kind of access and that just comes with time. I did cover the US Women’s National team, and that was a really similar… I’m not with their families, but when I was with them so long, it’s a trust thing and that’s really nice. It’s rewarding when you build relationships and then it pays off. And that’s why Supercross is so fun, because everyone is involved.

A while back, you did a segment on Fox Sports 1 “Learning to Ride”. Was that your first time on a dirt bike?

Yes. I hope it’s not my last. I still have all my gear and I’ve been pitching it every year, to do “Round 2, Lesson Number 2”. I think it’s more like, making it happen. I loved it! I thought it was so fun. I’m kind of a thrill seeker. I mean, I loved it. It was great.

Just one last question for you. I asked my readers, “If you could ask Jenny Taft one question, what would it be?” They really wanted to know, what is your favorite pizza topping?

Really, that’s the question? {jokingly} No I’m kidding. That’s a good question. I’m always a pepperoni gal. But I also really like pepper and onion with some ranch dressing. It has to have ranch. There is no way to eat it without it.

And what about favorite pizza place?

That’s also a good one. In Minnesota, there is a place called Pizzeria Lola that I LOVE {http://www.pizzerialola.com/}. LA? I’ve kind of not…Village Pizzeria {http://www.villagepizzeria.net/} is good, but I’m not sold on anyone yet. New York, there’s a lot better spots. Boston? T Anthony’s in Boston. {http://www.tanthonypizzeria.com/}

If it weren’t for all the supporters, the Supercross experience would be a vastly different one. Remember to say “thank you” to those who support you! From me, a big “thank you” goes out to all of my readers and followers who help make Freestyle Photocross what it is, and what it’s growing to be in the future. I couldn’t do it without all of you. Be sure to check back on the blog frequently for updates from the 2016 West Coast Supercross Season.