Hard to believe, but round 6 of the 2016 Monster Energy AMA Supercross season is already in the books. This weekend we travelled back to Petco Park in San Diego for Military Appreciation Night. San Diego has long since been a community rich in military presence and history which makes it the perfect canvas for honoring and saluting the many servicemen and women who valiantly continue to fight for our freedom day in and day out. 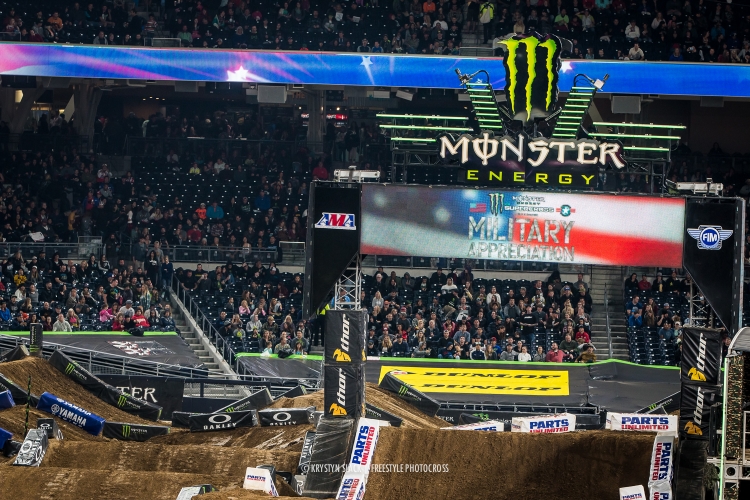 Supercross Live does a great job honoring the military throughout the entire season, but Military Appreciation Night always goes out with a bang! Bikes and riders are tricked out in Americana and military themed graphics and limited edition kits, soldiers and their families were invited onto the field during Opening Ceremonies, and a new class of Airmen were sworn in to the US Air Force in front of a packed house at Petco Park. United we stand, and united we race in honor of the US Military for Round 6 of Monster Energy AMA Supercross, an FIM World Championship. 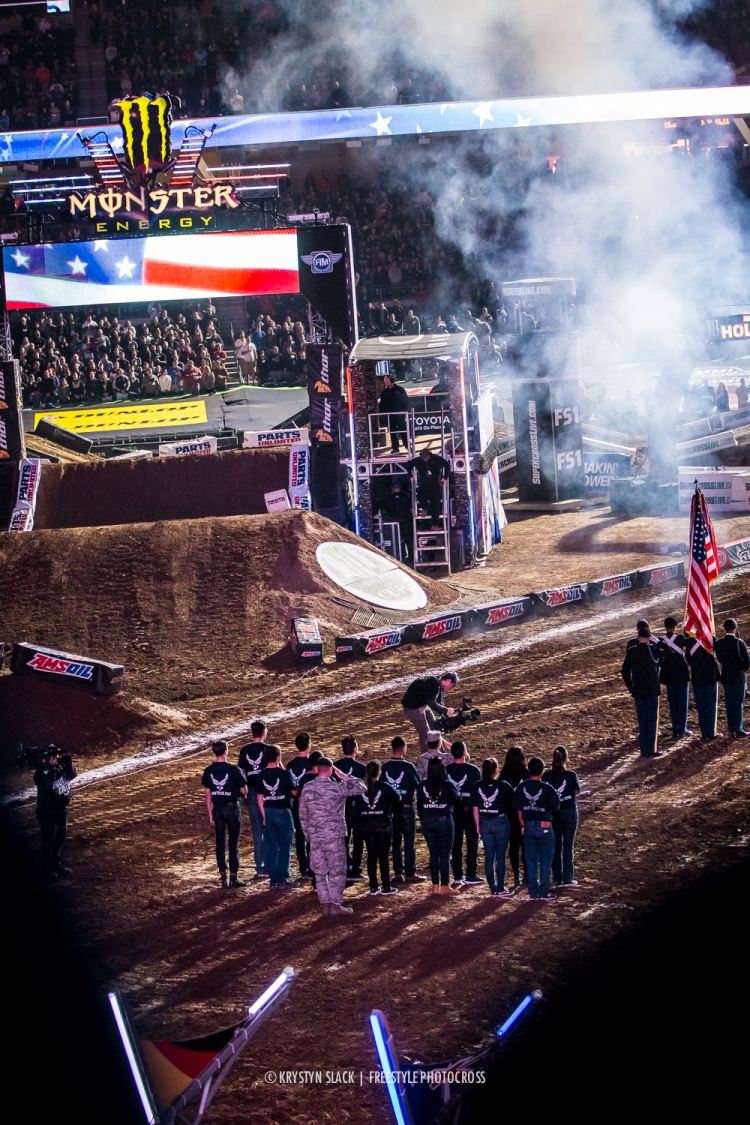 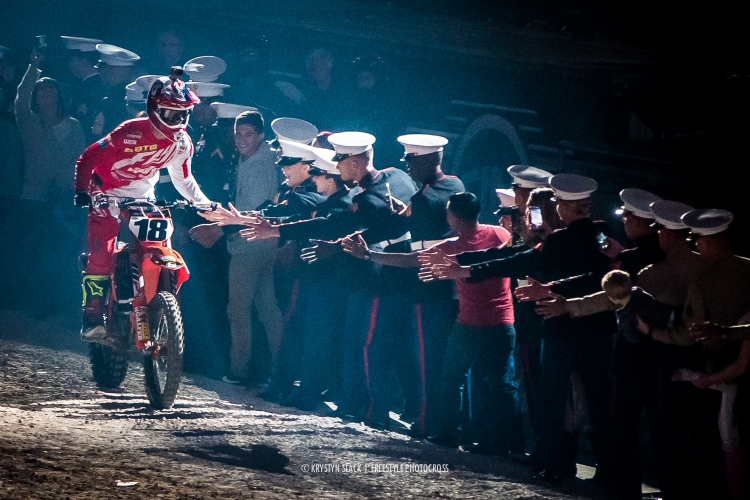 Of course, it wouldn’t be Supercross without a rockin’ Party in the Pits experience to tag team with the great racing. Especially with the Military presence, it was good times and good vibes all around. Fans had the chance to compete in pull up contests for sweet Monster Swag, arm wrestle the World Arm Wrestling League, meet riders, and salute our soldiers.

We had a unique situation heading into the Night Show this week, TWO Red Plates in the 250 class. Both Joey Savatgy and defending champ Cooper Webb were tied for the points lead heading into San Diego, which means they both got to sport the coveted Red Plates. Savatgy had his first taste of victory at Round 4 in Oakland and isn’t slowing down any time soon. Christian Craig has also emerged as a front man in this 250 battle, consistently making podium appearance after podium appearance, and even earning his first Win in Glendale. What began as the “unstoppable Cooper Webb show” has turned into quite the battle this season. Between Webb, Savatgy, Craig and a myriad of other contenders, it will be a nail bitter all the way until the final checkers.

Ultimately, it would be the number 37 of Joey Savatgy who grabbed the “W” in San Diego followed by Cooper Webb and Christian Craig, respectively. After taking two years away from racing, Christian Craig has come back with a fire and intensity that shows he is ready. He has racked up 4 podium appearances in 6 rounds. As the series heads East after this upcoming weekend in Arlington, it will be interesting to see where the cards fall in the hunt for the championship. With the win in San Diego, however, Savatgy heads into Round 7 as the sole Red Plate holder, 3 points ahead of Cooper Webb.

The 450 class saw another dominating ride by defending Champ and current Red Plate holder, Ryan Dungey. Dungey got a great start, snagging his second holeshot of the season, and never looked back. He rode smooth and dominated all 20 laps. Cole Seeley finished the night in second, his third podium of the year, followed by Ken Roczen in third. After six rounds, Ryan Dungey maintains the points lead in the 450 class by 26 points over Ken Roczen who sits in second and Jason Anderson currently in third.

We’re Texas bound for Round 7, y’all. Tickets are still available at www.supercrosslive.com.

I’ll see y’all at the races!