Round 2 of the Lucas Oil AMA Pro Motocross Championship series took place at Fox Raceway in Pala, CA on Saturday, May 25, 2019. The last time a National was held at the previously named Pala Raceway was in 2011 and back then, it actually served as the Championship finale on the season. While the Pala Band of Mission Indians have been long time supporters of motocross, the biggest concern with hosting a National at the Pala track was the traffic congestion due to having only one way in and one way out of the track. Fox Raceway made tremendous improvements to the facilities this year which made Round 2 of the Pro Motocross season one to remember.

It may only be the second race of the season, but competition is already heating up and proving to be another season of racing for the history books. Here’s a look at the five most memorable moments from Round 2 of the Lucas Oil AMA Pro Motocross Championship. 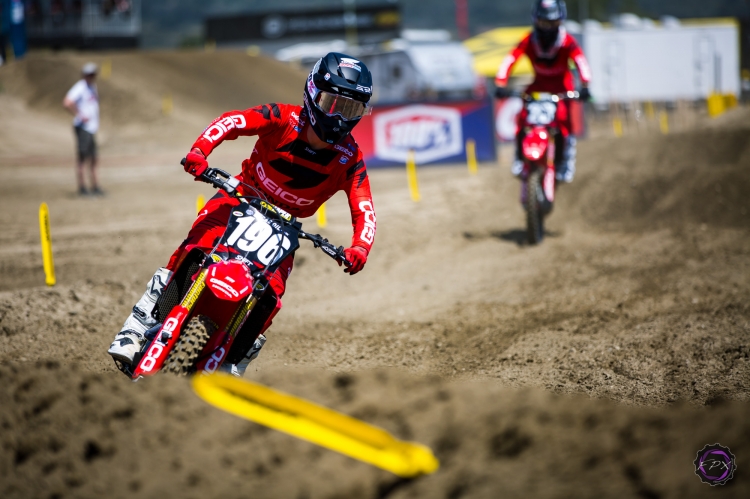 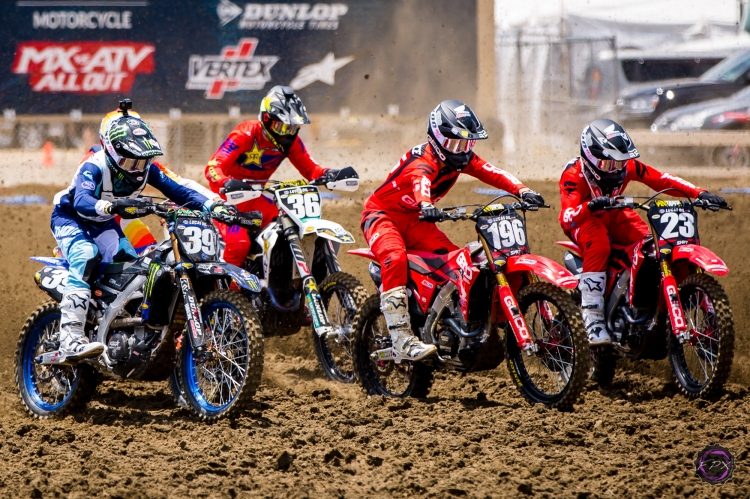 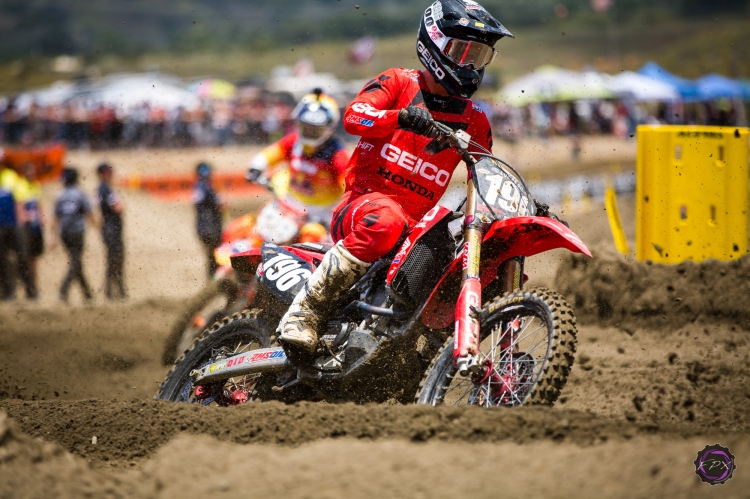 Hunter Lawrence, the 19 year old out of Australia is quickly coming into his own during his first official season on US soil. While he’s run into a bit of bad luck and bad timing during the first moto of Round 1 at Hangtown and again during Moto 1 at Fox Raceway, there is no doubt that the speed is there. During the 250 Moto 2 at Fox Raceway, the #196 of Hunter Lawrence was in hot pursuit of the #92 of Adam Cianciarulo for much of the race. During Lap 10, Lawrence was finally able to make his move on Cianciarulo. A small tip over would ultimately move Lawrence back to 2nd, where he would finish for Moto 2. However, Lawrence ran lap times that were definitely on par with AC throughout the duration of the moto. I definitely look forward to seeing how Hunter Lawrence will continue to mix things up throughout the season.

4. Dylan Ferrandis Comes Back From Moto 1 Crash to Finish on the Podium

2019 Monster Energy Supercross 250 SX Western Regional Champion, Dylan Ferrandis, is one of the most capable riders in the 250 class and excels at many different riding conditions. At Fox Raceway for Round 2, conditions were brutal and tested riders on every lap. During Moto 1, Ferrandis took a tumble just past the Mechanics’ Area and found himself on the ground early in the race after a less than ideal start. As the rest of the field zoomed past him, Ferrandis was regaining his footing. Even in a Pro Motocross National, where the race is 30 minutes + 2 laps, having to fight for position after even a small crash takes a tremendous amount of effort. But Ferrandis is a “never say die” kind of rider and knows that races come down to the last lap. He charged hard and finished 7th in the first moto, followed by a 3rd in the second moto. His 7-3 finish was good enough to land on the 3rd place spot on the overall podium.

3. Joshua Varize Takes the Checkers in the 125cc All Star Race

The 125cc All Star race pairs just the right amount of 2-stroke nostalgia, legendary racers, and fresh upcoming talent in a 4-lap all-out sprint of premix goodness. Future Hall of Famer, Ryan Villopoto took the win during the first round of the series at Hangtown and was looking to defend his points lead at Fox Raceway. Villopoto grabbed an easy holeshot and took the lead, but it would be young gun and Orange Brigade rider, Joshua Varize, who made a pass for the lead. The two were engaged in a bit of a cat and mouse game where the speedy Varize was closing in on Villopoto each lap before he was finally able to make the pass. Fans erupted in cheers as the hometown hero, Varize, passed Villopoto on the last lap and took the win. Varize has been making waves on the amateur circuit in recent years, and it will be fun to see how he grows as he makes the jump to the pro ranks in the next couple of years.

The #92 of Adam Cianciarulo was the second fastest qualifier, which meant he had the 2nd gate pick of the 250 riders. During Moto 1, he made a rather unusual gate pick by selecting the furthest outside gate. His trick move didn’t quite pan out as planned in that first moto, where he was shuffled back to 11th place off the start. But with speed, determination, and plenty of technical skill on a brutal track, AC was able to maneuver his way up to a 3rd place finish. The second moto he selected an alternate gate, closer to the doghouse, which proved to be a much better option of the #92. He was clocked in 3rd off the start of Moto 2, but quickly maneuvered his way to the front of the pack where he would lead 12 of the 16 laps, and ultimately the only lap that truly counts, the final one where he’d take the checkers. Ironically, the #12 of Shane McElrath picked a far outside gate in Moto 2 where he quickly launched to the front, grabbing the holeshot and leading the first two laps of the race. Cianciarulo’s 3-1 score was enough to take the overall win which allowed him to maintain the points lead and red plates heading into Round 3.

1. Eli Tomac Battles with Ken Roczen to Claim a 1-1 Victory and the Points Lead

I am continually reminded that Eli Tomac is one of the fastest guys on a dirt bike, probably on the planet. Where other riders tap out in 5th gear, I’m convinced ET3 manages to find some Super Mario Kart “star power” that kicks him into a mysterious 7th gear, allowing him to zoom past the entire field of riders. Tomac has this unmatched ability to stun his competition by finding speed and time on the track that other riders seem to miss. In Moto 1, Eli was 7th of the start and Ken Roczen was off to an early and sizable lead, even gapping Tomac by almost 6 seconds at one point. But in typical ET3 fashion, the #3 used the incredibly challenging track to his advantage. By Lap 12, Tomac had Roczen in his sights and was waiting for just the right moment to make the pass, and make it stick. Tomac even managed to finish 3.8 seconds ahead of Roczen when the checkers flew on Moto 1. Moto 2 was another come from behind race to the finish. It was about halfway through Moto 2 where Tomac was able to launch ahead of then leader, Marvin Musquin. When all was said and done, Tomac had somehow managed to gap Musquin by more than 11 seconds. We never know when Tomac will make the jump to lightspeed, but it sure is dangerous when he does! Tomac would end up finishing the day with a perfect 1-1 for the overall win, which was also just enough points to move back into the lead in the championship.

There is still lots of racing left in the season and the battles are starting to unfold. Who will emerge victorious during Round 3 in Colorado?